April 7, 2019 at 6:30 PM – WORKSHOP – King Arthur In Contemporary Connecticut at The Hatbox Theatre in Concord, NH. Produced by The New World Theatre as part of Putting It Together, a Sunday evening series of workshop productions. CLICK HERE FOR ADDL. INFO. & TICKETS

May 15, 2019 – PRODUCTION – For Whom the Yell Tolls – TIME (TBD) at the Stanford Calderwood Pavilion at the Boston Center for the Arts, 527 Tremont Street in Boston, MA. CLICK HERE FOR ADDL. INFO.

June 7 – 8 at 7:30 PM and June 9th at 2 PM, 2019 – PRODUCTION – On Hold presented as part of The Slice of Life new works festival produced by Theatre One Productions at The Alley Theatre 133 Center St. Middleboro, MA. CLICK HERE FOR TICKETS AND ADDL. INFO.

November 9th at 10 AM, 2019 – READING – The Trophy Wife at The Actors Studio of Newburyport in Newburyport, MA. ADDl. INFO. TBD.

For Whom the Yell Tolls from Funhouse IV

If you want to see a video of my ten-minute play For Whom the Yell Tolls from Funhouse 4 which was produced in the winter of 2018 at Theatre off Jackson in Seattle, directed by Chris Quilici and Maureen Armstrong with Zoe Schwartz as Pepper, Kwesi Phillips as Joss and Alex Garramone as Felicity, here it is —

Someday, I’ll find a consistent title for these posts.  In the meantime, here’s what I have coming up:

ALEXANDER THE GREAT gets two additional productions: The ACP One Acts Festival produced by The Allegan Community Players in MI in May, 2018 and the Festival@First 10: Heroes & Villains in Somerville, MA in August, 2018.

Finally, my award-winning short play THE CHAIR will be produced as part of The One Act Plays Festival in Tarpon Springs, Florida. The show runs from  7/19 – 7/22.

Posted in General | Comments Off on Productions Update – May, 2018

Happy New Year!  Despite the cold, 2018 is off to an exciting start!  First up, my full-length play THE TROPHY WIFE gets a reading as part of the Granite State Playwrights Workshop (Produced by Working Title Productions) in Concord, NH on January 5 – 7.  Tickets can be purchased here.

I am also honored to have two plays included in this year’s Boston one-minute play festival.  Come see RANDOM ACTS OF KINDNESS & A NIGHT OUT as part of SERIES B in The 7th Annual Boston One Minute Play Festival on 1/8 & 1/9.  Gets tickets for this super fun show may be purchased here.

Lastly, my short play DRIVE BUY will be included in TRACK B of The ACME New Works Winter Festival XVII on 1/13, 1/19 and 1/21 in Maynard, MA.  Information on how to get tickets to that show may be found through the ACME Theatre’s web site here.

My short film ORI & ADDISON (based on my short play) will screen at The 41st Boston Science Fiction & Film Festival, to be held at The Somerville Theatre in Boston. The Festival runs 2/5 – 2/15. ORI & ADDISON screens as part of SIBYL’S EYE (shorts) on Tuesday Feb 9th @ 5:30 PM.  Tickets are only $ 12:50 and can be purchased HERE. 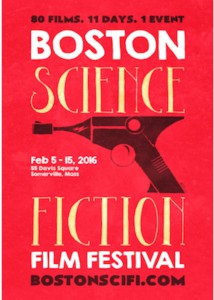 My new ten minute play entitled CLASS REUNION will be presented by Urban Stages in NYC as part of The President Plays on Sunday, Feb 21, 2016 at 3 and 5 PM.  (I will be at the 3 PM performance so come on out and say “Hello” if you can.) 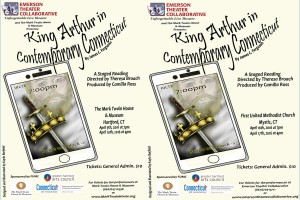 After winning 1st place in their new works competition (Another one of my plays, Snowbound, won 3rd place, so they tell me), my full length play HISTORY 101 be performed at The Las Vegas Little Theatre in the LVLT Black Box Theatre April 22-May 8, 2016 and you can purchase tickets HERE. 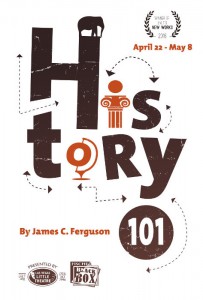 My award-winning short play THE CHAIR will be included in the Emerging Arts Festival, produced by The Laugh/Riot Performing Arts Company in Edinboro, Pennsylvania, beginning April 21st.

I’m beyond thrilled to announce that my award-winning short play ORI & ADDISON is an official selection in The Independent Film Festival of Boston, one of my favorite film festivals (They introduced me to The Troll Hunter so, clearly, they have excellent taste).  Ori & Addison will screen with the shorts D (Delta: Narrative) group on Saturday, April 30 6:45pm at the Somerville Theatre – Screen 4 & Sunday, May 1  2:45pm at the Somerville Theatre – Screen 3.

My ten minute play DRIVE BUY will be included as part of 6 Playwrights In Search of a Stage at The Roxbury Repertory Theater at The Roxbury Community College in MA April 29th – 30th, 7 PM.  All shows are FREE. 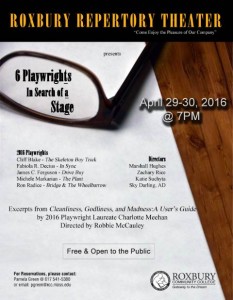 My ten minute play ALEXANDER THE GREAT will be presented by The Actors Theatre Playhouse in West Chesterfield, NH (in southwest NH near the VT border and Brattleboro VT) as part of their new works festival.  (Dates and times to be announced – Watch this space.)

Listen to my play THE FIRST SECOND CHRISTMAS recorded LIVE at The Backwell Playhouse in the UK which you can listen to as a podcast on iTunes, Stitcher, Soundcloud and YouTube.

So now that you’ve watched the new Star Wars: The Force Awakens trailers an appropriately ridiculous amount of times, maybe you have a few minutes to check out a short film that I wrote and directed about the struggles of fatherhood and friendship entitled Ori & Addison.

Originally written as a short play, Ori & Addison was produced numerous times in various short play festivals throughout The United States, including The Samuel French Off Off Broadway Short Play Festival where Benjamin Friedberg of Inkcrayon Pictures saw it, enjoyed it and optioned the rights.  Ben wanted to expand the idea out into a full-length screenplay while simultaneously producing Ori & Addison as a short film to serve as both an original piece that would work on its own but also be a representative sample of the larger story.

I was thrilled beyond words to be asked to direct the piece (and flown out to Los Angeles to do it, no less) and will always be thankful to Ben for that joyous opportunity.  Everyone involved did a bang-up job and should be very proud of the results.  Enjoy.

(Please note there is some adult language so it may not be the best thing to watch with the little ones, or at work.)

My new comedy King Arthur In Contemporary Connecticut gets a limited engagement of four performances at the end of October 2015 in NYC and will be presented as a live radio play.

Well, this is exciting …

After successful readings with the Vagabond Theatre Group in Massachusetts and Turn To Flesh Productions in New York City, my full-length comedy entitled King Arthur In Contemporary Connecticut is going to be produced for a limited, exclusive run in NYC at the end of October for four performances (10/29 & 10/30 at 7 PM and 10/31 & 11/1 at 2 PM) at The Bridge Theatre @ Shetler Studios (244 West 54th Street, 12th Floor New York, NY 10019.)

Produced in association with Dreamcatcher Entertainment’s Fulfill Your Dream program and directed by Patrick Marran, King Arthur In Contemporary Connecticut will be staged as a live audio drama (think: It’s a Wonderful Life: A Live Radio Play, The Thrilling Adventure Hour or The Hitchhiker’s Guide To The Galaxy Radio Show Live), using both pre-recorded sound effects and music as well as performing some sounds effects live in stage.

You can listen to a teaser trailer HERE.

Tickets are on sale now and you can get them HERE.

King Arthur In Contemporary Connecticut also now his its own Facebook page.  If that’s your thing, you can like us HERE.

Inspired (loosely) by Mark Twain’s classic novel A Connecticut Yankee in King Arthur’s Court, King Arthur In Contemporary Connecticut reverses Twain’s original premise, following the exploits of King Arthur after he is unexpectedly transported to a small town in twentieth century Connecticut, where the once and future king struggles to adjust to his new future even as his past refuses to stay in the past. 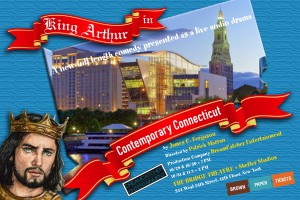 SNOWBOUND
A staged reading of the full-length play by James C. Ferguson
Presented by The Emerson Theater Collaborative
Directed by Theresa Broach
With Mary Couto, Patrick Dicesare and Ben Donnel 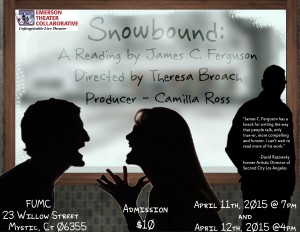 Posted in General, Theatre | Tagged Connecticut, New England, newplay, Theatre | Comments Off on Come to a staged reading of my play SNOWBOUND in Mystic, CT 4/11 & 4/12

On December 6th, 2014, Turn To Flesh Productions will present a staged reading of my new full-length play KING ARTHUR IN CONTEMPORARY CONNECTICUT which they are staging as a live radio show.
Here are the details —

We have seating for about 50 audience members and encourage reservations before.  Reservations can be made at — turntoflesh (at) gmail (dot) com.

Performance is FREE with a $10 suggested donation ($10 gets you a complimentary glass of wine!)