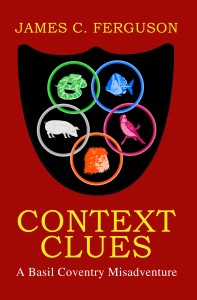 If so, then you might just enjoy Context Clues, an irreverent novel from James C. Ferguson that combines both humor and history as it chronicles the fictional exploits of history’s worst spy.  Set during Sir Francis Walsingham’s reign as chief secretary to Queen Elizabeth I, Context Clues follows the adventures of Basil Coventry, an “information gatherer” employed by The Crown. Coventry is the satirical antithesis of Ian Fleming’s James Bond: an arrogant, incompetent clod with an unquenchable appetite for anything and everything alcoholic. How the man puts his clothes on-let alone foils evil plots and schemes-remains on of the great mysteries of the universe. The story begins as the agent is called to his superior’s office to receive his new assignment. Unfortunately, Coventry has just returned home after an all-night bender at the local watering hole. He hears not a word of his instructions and spends the rest of the tale attempting to identify the very mystery he’s been instructed to solve! Luckily, Coventry finds himself surrounded by a cast of extremely insightful supporting characters and makes absolutely no bones about appropriating their ideas. Now if he can just keep them from getting killed before they solve the mystery… 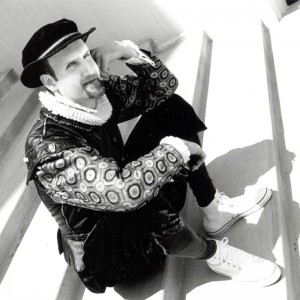